“It’s the people who are different who make the difference.”

― Emily Critchley, Notes on my Family

I am not going to judge this book by the standards of what I normally read, quite simply because this isn’t the type of book I normally read – high fantasy and young adult fantasy titles are my usual go-to. It is rare that I pick up a contemporary novel, but this book was a nice change of pace for me.

One thing I liked about this book is that it doesn’t parade as anything other than what it is: an insight into the life of someone a little different, at a time where things are changing.

This is a contemporary YA novel that I would describe more as an extensive character study, because it doesn’t really have a plot. This was fine by me because, as always, I am a very character-driven person in my reading tastes and because a complicated plot isn’t the point of this book at all.

Enter the world of thirteen-year old Louise Coulson, who is going through a poignant phase in her life which is made all the much worse when her Dad admits to being in love with a sixth-former from her school, and her parents begin the process of separating. This revelation makes an already moody older sister unbearable; her closeted gay brother, already a recluse, retreats even further into himself; her Mum thereafter has a brief psychotic episode. All Louise can do is observe as her life falls apart and those around her ignore her own struggles.

Louise (or ‘Lou’) is utterly charming and delightful. I felt my heart going out to her on many occasions, because I was one of the weird kids in school too. Very much like Louise – I was a child that was never going to be accepted, regardless of what I did. Once those nasty little children have their sights set on you the only thing you can do is ride it out as best you can. Another realistic observation is the lack of intervention from the teachers. I was lucky enough in sixth-form to have one wonderful teacher, but mostly they would turn a blind eye to everything that was going on right under their noses and in particular if the bullying was coming from the ‘popular’ kids. Anyway, enough about school years, it’s getting me all riled up.

Although it is not expressly discussed in the book, it is quite obvious that Louise is somewhere on the autism spectrum. She is very particular about certain elements of her life, including diet and physical interactions. As well as being very literal in her thoughts and obsessed with order (particularly trains and their timetables). So all the changes and struggles her family are going through, is amplified dozen fold for her.

Yet despite this I consider Louise to be a really strong character with an extremely unique perspective on life. It is absolutely wonderful to see a character with learning and social disabilities not being portrayed as weak or ‘unable to cope’. She teaches us to be completely unapologetic about who we are as individuals and to not feel any pressure to deviate from our true self. She is wise as-all-hell and a genuine sweetheart.

For me, Louise made the whole book. But I did also appreciate the character of Faith. The new Goth girl in school, fond of quoting Nietzsche and who doesn’t give a flying shit what people think about her. She takes Louise under her wing and begins to show her a true friendship. Faith added an element of positivity into Louise’s life at a point where she is rife with negativity.

I loved the scene in which Louise starts to realise that she may have accidentally made a friend, and begins to relax and open up in the form of an awkward, gangly dance party at Faith’s house.

Notes On My Family is an extremely easy and gentle read but do not let that fool you. There is a great depth to the writing and to the characters within. I read this book a little at a time before bed each night over the past week and I found it great to relax to. The humour in this book is very subtle, but it was exactly the kind of humour I like – dry and a little dark. And I found myself on more than one occasion chuckling to myself at the kaleidoscopic thought processes of Louise.

If I had any criticisms on this book, it would be that I would have liked for there to be a little bit more drama. For me family feuds need a lot more plate smashing, but I am an actress with a flair for the dramatic so that might just be personal taste. Readers who find themselves more drawn to action and plot will not enjoy this read.

I may be repeating myself now, but I was really, surprisingly quite taken with Louise and her thoughts. Perhaps it is because a lot of elements in this book hit home with me in a personal way. I think there are many people out there who have had less than desirable life experiences in their early teens who will be able to appreciate the reality of this story. Although I don’t think this is a book for everybody, I certainly think it deserves a lot more attention than it is currently getting.

I would recommend Notes on my Family to anyone who is more interested in characters, their way of life and their development. To anyone who is looking to slow down the metabolism in the churning onslaught of life, pick up this charming little book. Brava Emily Critchley on a strong debut novel.

I was sent a finished copy of this book in exchange for a completely honest review.

2 thoughts on “BOOK REVIEW: Notes on my Family by Emily Critchley” 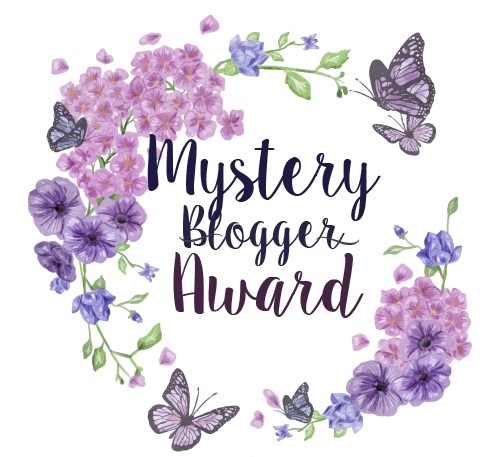